WHERE ARE THEY NOW?

Previous Next
WHERE ARE THEY NOW? 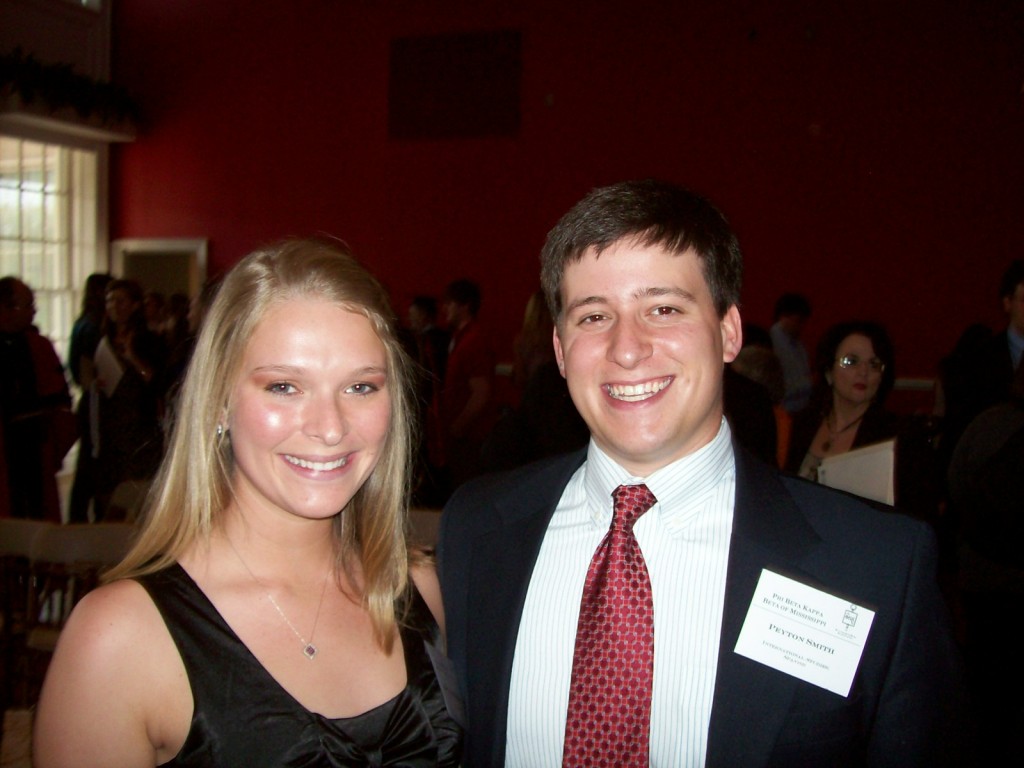 Brittany Simpson and Peyton Smith, both 2007 graduates of New Albany High School, were recently inducted into the University of Mississippi’s 11th Class of Phi Beta Kappa.

Phi Beta Kappa is the oldest undergraduate honors organization in the United States.  Its mission is to recognize academic excellence and promote education in the liberal arts and sciences.  The University of Mississippi Chapter of Phi Beta Kappa was chartered in 2001.

Brittany is majoring in Biology with a minor in Chemistry and will graduate in May.  This fall, she will attend medical school at the University of Mississippi Medical Center in Jackson.  Brittany has also received the Taylor Medal, the University’s highest academic award.

Peyton will also graduate in May with a double major in International Studies and Spanish.  Following graduation, he will attend law school at Vanderbilt University.

“Being chosen as a Phi Beta Kappa member means a lot to me due to its selectivity,” Simpson said.  “I was honored that my professors at the University selected me to become one of the 10% of Liberal Arts students chosen for this honor.”

Smith said, “It really is an honor to be inducted into such a prestigious organization. It makes me feel that my hard work these past four years has been recognized.”