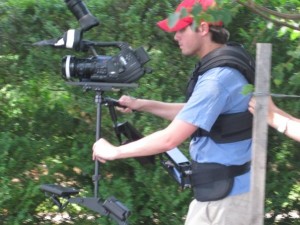 Jon Mark Nail, a 2004 graduate of New Albany High School, is currently attending Graduate School at Regent University in Virginia where he is pursuing a Masters of Fine Arts Degree in Directing.  He is the son of Mark and Carol Anne Parks Nail.

Nail graduated from Delta State University in 2008 with a degree in Criminal Justice and took some film classes as a student there.  One of the films he wrote was entered into the Delta International Film Festival.  Although that particular film did not win any awards, the excitement and encouragement he received during the festival determined his future of pursuing an advanced degree in film.

He will graduate from Regent University in 2011 with a Masters of Fine Arts in Directing.  Nail has written and directed four films during his time at Regent, three of which have received awards.

His first film, The Gravedigger, won two awards:  “Best Redemptive Film” at the Regent MFA Showcase and a Gold Remi at Worldfest Houston.  “The faculty at Regent decided to submit The Gravedigger to Worldfest Houston, which is a film festival that takes place in Houston, Texas,” explained Nail.  “My first film made it to Houston, won a Gold Remi, and touched people. To say it is an honor doesn’t begin to explain what I felt then.”

Nail’s third film, Sad Sarajevo, was awarded “Third Best Film” at the Otis Film Festival.  His most recent film, The Walk, won an “Excellence in Writing” award at Regent University’s Film School Showcase. The Showcase featured 15 films from the students at Regent University.

Nail gives much credit to the English Department for his success.  He is especially grateful to Joan Smith who taught him a  “Mississippi Writers” course while he was a student at NAHS.  “Mrs. Smith gave me the tools and encouragement to do what I am doing now,” he said.  “She always reminded me to write what I know, think, and feel.  That is a lesson I have taken with me through college.” 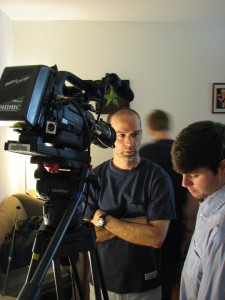