Where Are They Now?: Al Campbell, CFO of the Year

Previous Next
Where Are They Now?: Al Campbell, CFO of the Year 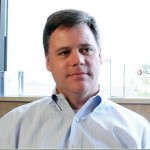 The New Albany School District is pleased to announce that Al Campbell, a 1985 graduate of W.P. Daniel High School (New Albany), recently received the distinction of being named Memphis Business Journal’s CFO of the Year in the Public Company category.

The Memphis Business Journal, along with several business sponsors, hosts an annual program to recognize CFO’s in the area, with several categories across company size and structure.    “It was an honor to be named, but it has much more to do with the tremendous growth and success of our company over the last few years and with the success of the great team I have supporting me,” Campbell said.

Campbell works for Mid-America Apartment Communities (MAA) which is a publicly traded real estate company focused on developing, owning, and operating multifamily communities.  MAA currently owns communities containing about 50,000 apartment homes across the southeast.  Campbell has been at MAA for 15 years, but took on the role of Executive Vice President and Chief Financial Officer three years ago.   His responsibilities include overseeing the areas of accounting, treasury, risk management, financial planning, and management information systems for the company.  Since Campbell took the CFO role three years ago, MAA has acquired over $1 billion in new assets, so a large part of his focus is on supporting the tremendous company growth.

Campbell is the son of Milton and Deloris Campbell of New Albany and the brother of Lisa Mitchell, who works for the New Albany School District.

“My career has given me the opportunity to work with many people from around the world, many with high pedigree educations at both the high school and collegiate level, but I have never felt unprepared or unsupported by my education,” Campbell stated.  “I am very proud of my education from both W.P. Daniel High School and Mississippi State University, which gave me the building blocks necessary for success in today’s business world.”

Note:  The New Albany School District is proud of all its graduates.  If you know of a graduate who has recently received an honor, please e-mail Melanie Shannon, Public Relations at mshannon@newalbany.k12.ms.us.

Where are they now? Jessica Gates

Where are they now? Jessica Gates

Where Are They Now ~ Jessye Staten

Where Are They Now ~ Jessye Staten

Where Are They Now ~ Dalvin Carr

Where Are They Now ~ Dalvin Carr

Where Are They Now ~ Anna Hines

Where Are They Now ~ Anna Hines

Where Are They Now? Pride of the South – University of Mississippi Marching Band

Where Are They Now? Pride of the South – University of Mississippi Marching Band