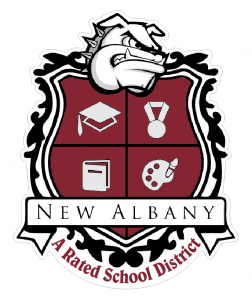 Accountability ratings for Mississippi public schools will be considered official on September 19 after the State Board of Education meets.  Accountability is based on students mastering academic standards, students showing improvement from year to year, and students graduating on time.

New Albany School District (NASD) is among the thirty-one school districts that have earned the honor of “A Rated School District” and is in the top 10% of school districts in the state.  This demonstrates that students in our district are mastering academic standards, showing improvements from year to year, and graduating on time.  School district officials are extremely pleased that the district experienced a 66 point increase during the 2018-2019 school year.

The current accountability model was implemented during the 2013-2014 school year and has seen minor revisions since that time.  The ratings are letter ratings A-F with “A” being defined as an excellent learning environment where students are being prepared for the national workforce and post-secondary education.

Students in grades 3-8 are given tests in English language arts and mathematics each year.  Science assessments are given to students in 5th grade and 8th grade.  Students are assessed in the subjects of Algebra I, Biology, English II, and United States History at the high school level.

New Albany Elementary School (NAES) earned the distinction of “A Rated School” while New Albany Middle School (NAMS) is a “B Rated School”.  “We are very proud of our students and staff at both of these schools as they demonstrated large increases in the points earned in the accountability model,” said Dr. Lance Evans, Superintendent.  “Our elementary school increased by 72 points from the 2018 accountability ratings to this year and our middle school had a 67 point increase.”

High school and school district ratings are calculated on a 1,000 Point System and are based on proficiency and growth in English language arts and math; proficiency in Biology and United States History; graduation rate; acceleration; college and career readiness; and the progress of English Language Learners.

New Albany High School (NAHS) earned the distinction of “A Rated School”.  “Our high school’s graduation rate is 87%.  NAHS has continued to improve its graduation rate and has seen a nine percentage point increase in the past four years,” Evans explained.

The NASD five-year strategic plan outlines a commitment to decreasing achievement gaps with our English learners and providing equity in educational excellence.  The NASD earned 90% of the possible points associated with English Learners’ progress to proficiency, while NAES earned 93.7% of the possible points.  This success at both the school and district level was instrumental in being named an “A School” and an “A School District”.

“We are proud of our students, teachers, and administrators for their successes and are appreciative to our community for their continued support of our school district,” Evans added.

The “Mississippi Succeeds Report Card” is available through MDE at msrc.mdek12.org.  This interactive report card gives more information and details regarding accountability in Mississippi’s public schools