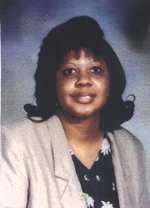 Robinson is one of seven individuals across the nation to be selected as a section winner.  Robinson is the Section 3 winner, which represents most of the southeastern states.

The NFHS Speech, Debate and Theatre Association Outstanding Speech, Debate, and Theatre Educator Award was first given in 1988.  Since that time, more than 150 individuals have received sectional awards.  The awards recognize outstanding high school speech, debate and theatre directors and coaches.

The Speech Advisory Committee selected the recipients based on the following criteria:  overall contributions, years of service to both curricular and co-curricular activities, organization and continuance of an activity program, significant and on-going contribution to the field, and contributions to the profession both in and out of the state.

Robinson has taught Social Studies, English, and Speech for more than 20 years at New Albany High School.  During her time at NAHS, Robinson’s Speech & Debate teams have been very successful at the state level and have attended national competitions.