Where Are They Now? Hannah Martin, William Morris Endeavor Entertainment

Previous Next
Where Are They Now? Hannah Martin, William Morris Endeavor Entertainment 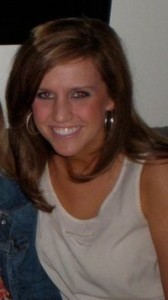 Hannah Martin, a 2005 graduate of New Albany High School, is working as an Assistant to an International Agent in the Music Department at William Morris Endeavor Entertainment in Beverly Hills.

According to Martin, her job includes booking tours and concerts for clients internationally.  The agent negotiates the deal and Martin is responsible for entering the deals and following through with every aspect of the booking process until the show has played and all the money has been paid.

Martin said that she had never really thought much about becoming an Agent and had no idea of what being an Agent entailed.  “I knew that I would love to have a job where interacting with people was key and I thought it would be awesome to do something in the entertainment industry,” Martin added.  “My original plan was to save enough money to move to Nashville, Tennessee and try to get a job in the country music industry.”

She graduated from the University of Mississippi in 2009 with a degree in Hospitality Management.  Following graduation from Ole Miss, Martin spent several months sending out resumes and networking in hopes of getting a dream job in Nashville.

“One day I woke up and finally realized that I just had to start being bold in order to get a job,” said Martin.  “That same day, I started e-mailing every person who had ever given me a business card and I came across a card that was given to me five years ago by the Manager over all of the Music Divisions at William Morris Endeavor.”   Martin emailed him, had an interview the next week, and was fortunate enough to get the job.

The person that gave Hannah the business card was Benjamin Scales, Manager of the Music Divisions in Beverly Hills, New York, Nashville, Miami, and London.  She met him during the Christmas holidays while working at Van Atkins.

” Who would have thought when I met him five years ago that he would soon be giving me the most amazing opportunity to work for an unbelievable company,” Martin said. “What makes all of this even cooler is that Benjamin is also from New Albany and went through the same school system as me!  We also had some of the same teachers.  Benjamin is truly the ultimate example of having a dream and never giving up on that dream.”

She is especially grateful to Kelly Coltharp, a teacher she was fortunate to work with during her time at both New Albany Middle School and NAHS.  When Martin was in the 7th grade, she and other middle school students would go to Coltharp’s classroom to tutor students.

While a student at NAHS, she was in Coltharp’s Journalism Class.  “Ms. Kelly always believed in me and always made me feel like I could do anything I put my mind to,” Martin said.  “I realize that it was all of those days that we spent writing the scripts and filming our school news show that made me want to be in some aspect of the entertainment industry.  I realized then that I didn’t want to be in front of the camera but I could definitely see myself doing the behind the scene things.”

Martin hopes that one day she will be an Agent.  “I’m not sure exactly which way in the music industry I will go but I know this industry and job is exactly where I need to be!”  Her advice for students in New Albany:  “Never think that your dream is too big or too impossible for it to happen to a small town New Albany kid.”