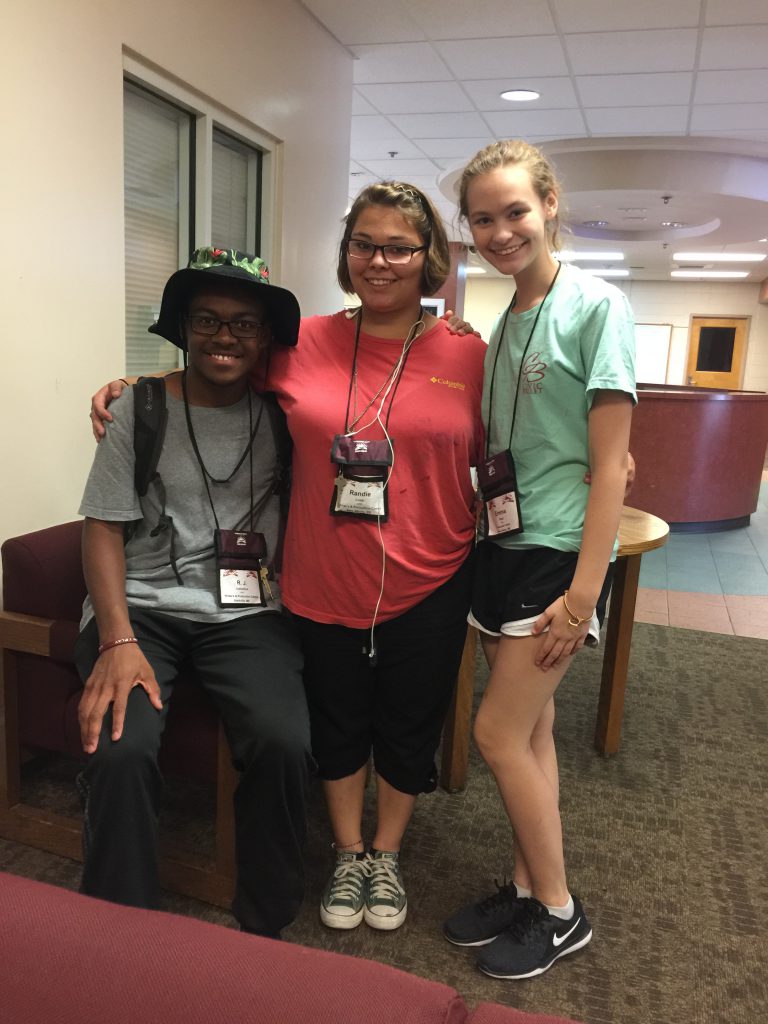 Three New Albany High School students spent part of their summer on the campus of Mississippi State University where campers in the Summer Scholars On Stage program were taught all the aspects of writing and producing a play during the three-week camp.

Summer Scholars is a residential theater camp through the Mississippi State University College of Education and sponsored by the Mississippi Arts Commission. Summer Scholars, was held June 24-July 15, 2018, and allowed students, 7-12th grades, to collaboratively write and perform a three-act play in just three weeks.

During the writing camp, the students were led by writing instructor John Bateman, Director of the Starkville Area Arts Council, to work on songwriting and script writing. The campers were split up into three groups and each group was responsible for one act of the play. The Production campers arrived on Saturday, June 30th with just two weeks to quickly learn songs, lines, and choreography as well as build sets and design costumes for the play’s performance in mid-July.

Seniors R.J. Rutherford and Myranda Cobb were selected to participate in the Summer Theater Workshop, where they participated in both the writing and production camps. In addition to the long hours required by regular campers, workshop participants were asked to work on set design, publicity, lighting and properties. Rutherford and Cobb received four hours of college credit for their work during the theater camp.  Sophomore Emma Reid was selected for the production camp that focused on singing, dancing and acting. The young thespians worked every day, including weekends, with very little downtime. “We worked close to 14 hours a day getting ready for the show,” said Reid. “It was exciting and exhausting all at the same time.”

Summer Scholars is under the direction of Joe Underwood, who has been working with the theater camp since its inception in 1982. The camp has evolved from producing 20-minute sketches to the staging of an original full-length musical theater performance.  “We really just want the kids to be creative and express themselves,” Underwood said. “The good thing is, there were 66 kids and we wrote 66 parts. The kids could take it and make what they wanted out of it, because no one else was going to have that part. I think that’s special.”

Reid says the camp helped her grow. “It pushed me to step outside my normal comfort zone of dance,” she said. “It was a challenge to get in touch with my character, who was a hyper 8 year old, but it was fun to put my own spin on her and make the audience laugh.” 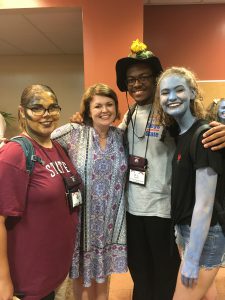 The New Albany students were awarded tuition scholarships from CREATE Foundation’s Toyota Wellspring Education Fund.  The fund was established in 2007 to enhance education in the eight school districts in Lee, Pontotoc and Union counties, offering all students in public schools opportunities they may not have had. “Most theater camps like this are pretty far off, like New York or Michigan, and they are all very expensive,” said Reid. “To find one that offers so much right here is amazing.”

The NAHS students say they were proud to be a part of the 66 campers and 47 camp staff members who hail from all over the nation. “I feel like I belong here,” said Cobb.  Cobb goes on to say that the camp helped her express herself. “I love singing and dancing, but the problem is, I don’t like being in front of people. But here I can just sing and dance and feel good about it.”

At the end of camp, the students staged two performances of their production. This year’s production was a musical comedy with a science fiction/fantasy theme. “The first performance was on Friday the 13th,” pointed out Rutherford. “When we started brainstorming script ideas for the show, we just ran with that.” The show, entitled Multiverse Mayhem, was a comical romp through a tear in the universe that took place on Friday the 13th. “Picture immortal grannies, singing paintings, and cosmic damage and you’ll have just the beginning of the mayhem we staged,” said Rutherford.