New Albany School District recently announced the hiring of Paul Henry as the Principal of New Albany Middle School.  Henry brings several years of experience and success in education, coaching, and administration.  Most recently, Henry has served as an Assistant Principal at St. Martin Middle School in the Jackson County School District on the Mississippi Gulf Coast.

Henry, a Union County native, is a graduate of Mississippi State University where he earned a Bachelor of Science in Physical Education and a Master of Education in Educational Leadership.

He has nearly twenty years of experience in public education coaching basketball, baseball, softball, and volleyball, as well as teaching physical education.  His administrative experience includes being an athletic director, assistant principal, and principal.

Henry and his wife Emily have two daughters Brooklyn, age 10 and Mia, age 5. 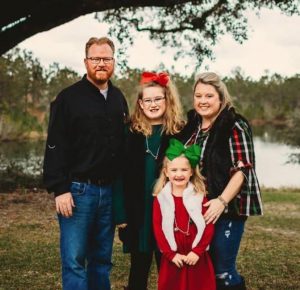 Superintendent Lance Evans said that he is eager for Henry to begin his work with the students, staff, and faculty at New Albany Middle School.  “We are fortunate to be adding Mr. Henry to our administrative team.  His experience as a coach, teacher, and administrator as well as his proven success in leading schools to academic excellence will be valuable to our community.”

Mr. Henry was approved by the New Albany School Board of Trustees on April 17 and replaces Jamey Wright who resigned last month.